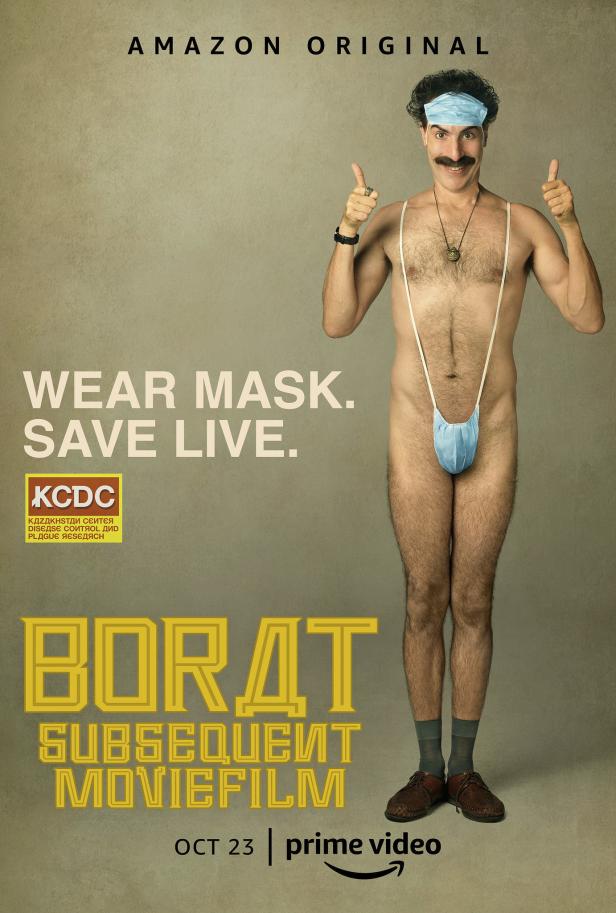 The second installment of the smash-hit movie, "Borat Subsequent Moviefilm: Delivery of Prodigious Bribe to American Regime for Make Benefit Once Glorious Nation of Kazakhstan" is out now via Amazon Prime Video.

as today is the release day of the "Borat Subsequent Moviefilm: Delivery of Prodigious Bribe to American Regime for Make Benefit Once Glorious Nation of Kazakhstan" (also known simply as Borat 2)!

The sequel to the 2006 comedy, which focuses on the adventures of Kazakh television journalist Borat will be released today, October 23rd, on Amazon Prime Video, so that first the Prime-members can follow the cult figure Borat on his return to America before the US elections in November.

This is something you have to watch.

Take care and wear a mask!