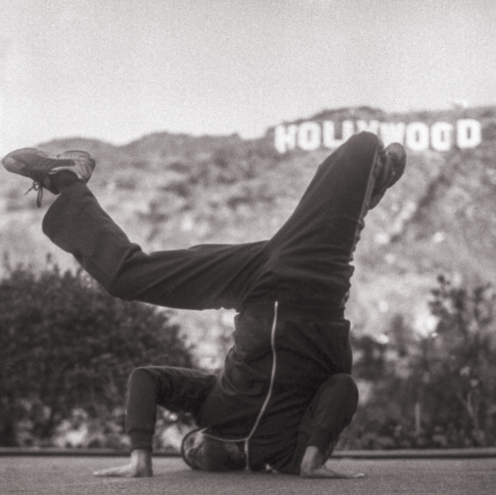 And now there is Local Product. The collaboration between former GusGus member Stephan Stephensen‘s President Bongo project and Sonic Deception. The duo is readying their Dolores del Río album, an homage to the first South-American Hollywood film star. The six track effort is due out December 13 via the Icelandic label Radio Bongo.

SAGA: There is a transient photo kept by two whale hunters that have been left to oversee equipment and housing. At the world's coldest nook they share a single memory of mercy and beauty. The portrait of Dolores del Rios that reaches just below her thin shoulders. Printed on a label of canned fruits she never gets cold during hibernation at 73° North at Mosquito Bay. The almond shaped eyes and the high cheekbones of the goddess is the last memory from the world her custodians were never to see. The glacier made its demands, it received Dolores the goddess like it acquired everything else with its incessant presumptuousness. No one got to know of the passions and desires of the custodians of Dolores del Rios; no one got to know of the childish envy of them who loved the portrait of the goddess and both wanted to keep it to themselves.

Tracklisting
A1: Dolores del Rios
A2: Bonafide
A3: From Thule to Rio
B1: White-out
B2: Horizon
B3: Tropical Fruits 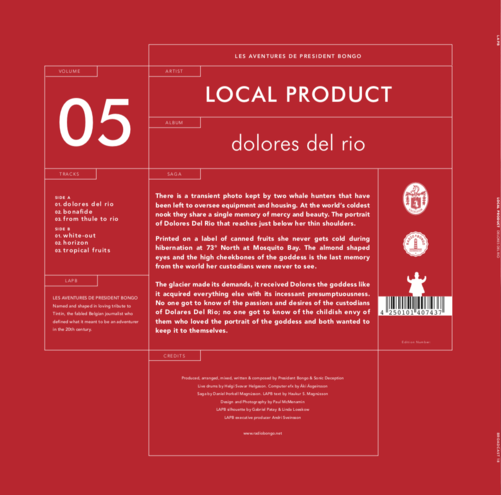