Reflecting on the importance of home as both a literal and conceptual thing, THEMBA’s ‘Modern Africa, Pt. I – Ekhaya’ lays bare the very thought process of an artist and creator looking to make a difference in the lives of others. Featuring wonderful local singer-songwriters through album tracks such as ‘Sound Of Freedom’ (feat. Thakzin), ‘Reflections’ (Feat. Thoko) and ‘Mountain High’ and 'Izindlu’ (both feat. Lizwi), the diverse seven-track song collection has its own piece of global culture to give to the world, coming from a true African heart that understands the feeling of community like no one else.

Built out of the realization that any human being can positively influence and impact the worlds of others, this debut artist album from THEMBA mirrors the beliefs that everyone deserves a safe environment and a place to call home.

South African native Themba burst onto the global dance scene in 2018 with a string of high profile gigs and music releases. Last summer Themba was based in Ibiza as resident DJ at Black Coffee's party at Hi, with shows at Ushuaia, Amnesia, Blue Marlin & Heart, while also touring in over 20 other countries.

2019 saw Themba play at the Brixton 02 Academy in London, warming up for Black Coffee, the Luciano & Friends party in Tulum Mexico & Paris Fashion week with Nic Fanciulli . At the Miami Music Week he played at the Black Coffee and All Gone Pete Tong shows, where Themba's set was used as the BBC Radio 1 Essential Mix for Pete Tong's show that week. Themba's sound is forged from his African roots, incorporating local singers, songwriters, and percussionists to create his own unique take on electronic music.

His 'Paliva EP' & 'Haai EP' were both released on the Knee Deep In Sound label in 2018, as well as 'Vuma / Lost' on Yoshitoshi. The highly acclaimed 'Who Is Themba?' on his own Herd label remained in the Beatport chart almost a year after it's release. His music has been heavily supported by Black Coffee, Adam Beyer, Pete Tong, Hot Since 82, Damian Lazarus, Masters At Work and many more of the world's most influential tastemakers. More recent singles 'The Wolf' and 'iLEMBE' on Herd caused a stir at all of Themba's shows.

Themba's productions continue to break the mould and is also in demand as a remixer, adding his magic to Paxx (Tulum) 'Djoloren' on Stealth and Deepshakerz ‘Tell Me’ on Saved, while his track ‘Kensho’ featured on the Saved 15th Anniversary compilation. 2020 has already seen Themba release a string of remixes, including ‘Oombah’ for Kevin Saunderson (Armada), ‘Melancholia' for Le Croque (Connected), Maur’s ‘Back In The 90’s’ (Viva) and ‘Blind Faith’ for House Gospel Choir (Island) and most recently Hosh & 1979 ‘Midnight’ (Instant).

South African native Themba burst onto the global dance scene in 2018 with a string of high profile gigs and music releases. Last summer Themba was based in Ibiza as resident DJ at Black Coffee's party at Hi, with shows at Ushuaia, Amnesia, Blue Marlin & Heart, while also touring in over 20 other countries. His debut year saw him play the Resistance, Elrow, supporting Faithless on tour and the Corona Sunset festival all in South Africa & supporting Black Coffee on his UK tour. Other highlights included his residency at Hi in Ibiza and a Mixmag Lab Live in NYC both with Black Coffee. Themba also made his debut at Ushuaia, Blue Marlin and Pacha in Ibiza. Capturing the industry's attention, Themba has already featured in Mixmag, DJ Magazine Ibiza and DJ UK, Ushuaia Magazine, Faze, Mixmag Brazil and Deep House Amsterdam.

Get the album here: https://themba.lnk.to/EkhayaWA 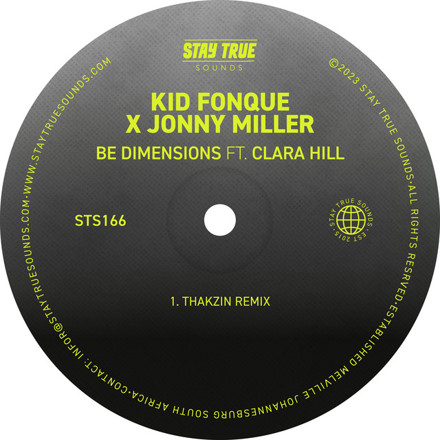 1. Colours feat. J'Something
2. Sound Of Freedom feat. Thakzin
3. Izindlu feat. Lizwi
4. Ashamed feat. Brenden Praise
5. Mountain High feat. Lizwi
6. Reflections feat. Thoko (SA)
7. Heavy Weather (Coming Up For Air)
Our website uses cookies. By continuing to browse our site, you are agreeing to our use of cookies. For further details on how we use data, please check our privacy policy.
Akzeptieren
Privacy Policy