Ten years, seven countries and tens of thousands of miles in the making, "An East African Journey", the latest album from Omar Sosa, was finally released. The album is the realisation of a deeply personal musical pilgrimage by an artist who throughout his career has been passionately interested in exploring African musical cultures and their connections with his own Afro-Cuban roots.

In late 2009, Omar Sosa embarked on a concert tour of East African nations. Stops were made in Ethiopia, Kenya, Madagascar, Sudan, Burundi, Zambia, and Mauritius. Along the way Omar met and collaborated with local, folkloric musicians and, with the help of his sound engineer on the tour recorded the artists with a portable digital recording system. Artists who appear on An East African Journey include Olith Ratego (Kenya), Rajery and Monja Mahafay (Madagascar), Abel Ntalasha (Zambia), Steven Sogo (Burundi), Seleshe Damessae (Ethiopia), Dafaalla Elhag Ali (Sudan) and Menwar (Mauritius).

Accompanying the band in Kenya, Ethiopia, Sudan, and Burundi was a film crew from Barking Dog Productions in Paris (Amos Rozenberg, producer), which resulted in a 52-minute documentary of Omar’s experience in East Africa entitled ‘Souvenirs d’Afrique’, directed by Olivier Taïeb.

Now, a decade later, Omar has produced and arranged these field recordings with the subtle addition of acoustic piano, percussion, keyboard-bass, and harp. The result is a set of exquisite world music recordings featuring traditional sounds from the countries Omar visited on the tour, combined with subtle touches of jazz and Western classical music.

Omar Sosa - An East African Journey releases worldwide on CD on the 5th March on OTA Records. The album charted at #1 in the world music charts for March '21. 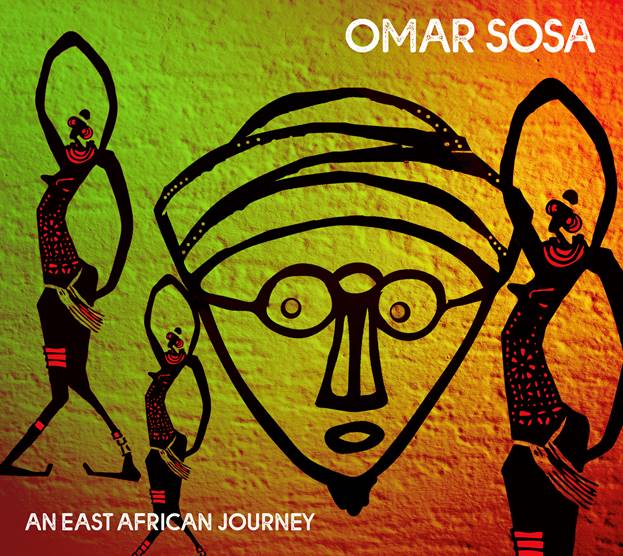