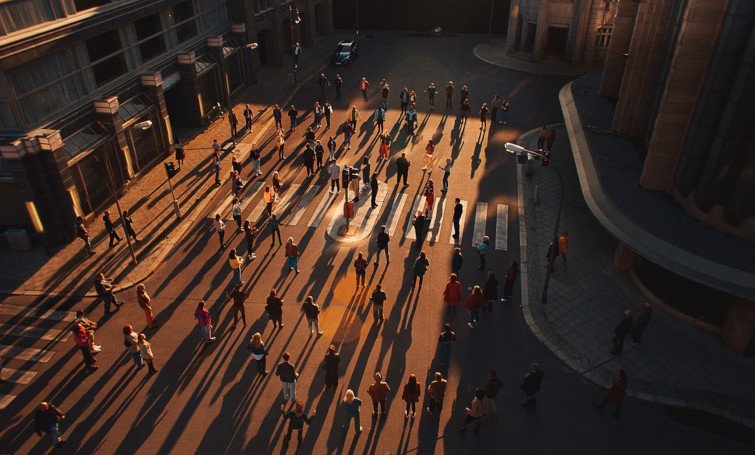 On the open street there is a small group of people. They are singing. But instead of normal lyrics, they are singing hate comments. A moment of shock. This is the setting for the start of the new TV commercial for Telekom's current "Gemeinsam gegen Hass im Netz" ("Together against hate on the Internet") campaign. Immediately, more and more people join in and form an ever larger chorus. They join in the song, but sing the real lyrics of "You're the Voice". Gradually, a total of 95 people drown out the hate comments of five individuals until the chorus reaches its climax: "You're the voice, try and understand it | Make a noise and make it clear." A clear call not to be silent, but to speak up against hatespeech. With lyrics like "We're not gonna sit in silence | We're not gonna live with fear," Telekom encourages people to stand up together against hate.

Christian Hahn, head of strategy marketing commication and media speaks to the reason why he chose the song: "This song is a strong statement against transgressions of all kinds. The song is about raising your voice, becoming aware of your own power and standing together without fear. That captures the essence of our campaign. By integrating the real hate comments at the beginning, we create a strong break. You can hardly believe your ears. But when exactly 95 people then sing together against the hate lines of five individuals, the relief and emotion is all the greater. In the spirit of our message: When love is loud, hate doesn't stand a chance. Let's take action together against hate on the web!"