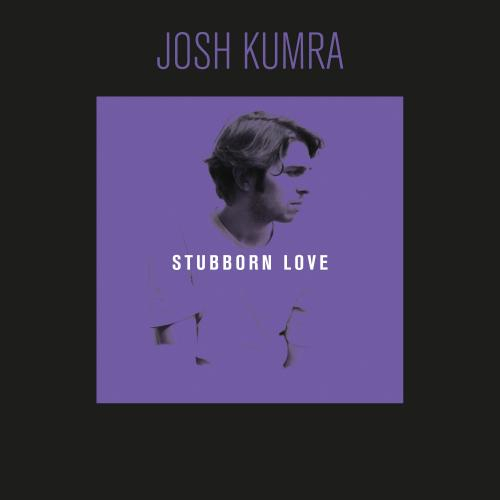 Singer-songwriter Josh Kumra is back with a new single, the breathtakingly intimate "Stubborn Love", out via ferryhouse.

The confessional song is the first track to be lifted from Josh’s upcoming EP, "Pull Me Back In", planned for release in April 2020 and available to pre-order now. Raw and honest, was entirely recorded and produced by Josh in his own studio - a completely different creative process compared to “being sent around to hit makers on a daily basis, baring everything and anything personal to strangers in the hopes of writing a hit song,” recalls Josh on the dark side of the hit making machine.

Speaking about the new single, Josh said: “Stubborn Love acknowledges the struggle of dedicating yourself to something for all the wrong reasons. It’s not what you’re pursuing but why”.

Having topped the UK charts and performed on ‘Later… With Jools Holland’ before having released his debut album, Josh Kumra suddenly found himself with a major record deal and under pressure to capitalise on the sudden exposure brought by his collaboration with Wretch 32 on "Don’t Go", the chart-topping single which reached #1 in the UK upon its release.

Most would assume this is the definition of "making it" as a musician, but for Josh the unexpected publicity meant losing the original idea of “writing music from my heart,” he admits, “instead of having the time to perfect songs that reflected my life experiences and create an honest album, like I’ve always imagined, I felt vulnerable and lost against the many opinions and expectations from people around me”.

“I realised that I was trying to please too many people but felt it was too late to do anything about it”, says Kumra about his full-length debut "Good Things Come To Those Who Don’t Wait". After releasing the album and bringing his headline tour across UK and Europe, Josh struggled with the idea of being the pop star people saw in him. He moved to the countryside, built his own recording studio, wrote and recorded songs for himself - “my desire has been to hark back to the days of being a bedroom writer, when passion and joy were my only reasons for making music,” reveals Josh.

The transformation and development in his writing - from his hugely successful #1 hit with Wretch 32 to the youthful sounding full-length debut album "Good Things Come To Those Who Don’t Wait" to this new sonic phase of "Pull Me Back In" could, and should, cement Josh Kumra’s status as one of UK’s most gifted and honest singer-songwriters.