With their new, third album 'Chaos', Schattenmann demonstrate unmistakably: their music becomes harder, more metallic, more multifaceted and uncompromising in terms of content. They have taken the decisive third step and move the essence of the new songs with relentless consistency into the focus of their uncompromising sound. The band has purposefully expanded their sound to include modern and fresher elements. Musically there are no restrictions, the new songs get more character through the influences of metal and industrial.

‘Chaos’ will be the decisive third step in Schattenmann’s career, moving with unyielding consistency the essence of the new material into the focus of their uncompromising sound. Herzig: “Due to the fact that almost all new songs were composed on the guitar, the material sounds more metal-oriented, heavier, you could say: it’s more crash, bang, wallop!” The Schattenmann frontman is referring to numbers such as ‘Spring’ or ‘Alles auf Anfang’, but also to ‘Abschaum’ and ‘Chaos’ with their unmistakable metal roots, which contrast with a pop-oriented number like ‘Cosima’ and Schattenmann-typical tracks such as ‘Amnestie’ and ‘Extrem’.

In line with its musically harsher pace, the lyrics on ‘Chaos’ are also honest, direct and straight-in-your-face. “Socio-critical topics are nothing new for us, ‘Generation Sex’ and ‘Amok’ on our debut already touched on a number of sore points,” Herzig explains, “but this time the lyrics are even more focussed and direct. We question things, comment on negative developments, excesses, the underbelly of society, ranging from social deficiencies to self-hatred.” He is referring to tracks like ‘Cosima’ with its underlying question of whether love is still needed in the digital age. On ‘Alman’ and ‘Abschaum’, Schattenmann highlight the positive and negative sides of society, before ‘IYFF’ focusses on another brand-hot topic: “The acronym stands for ‘In Your Fucking Face’ and addresses the deplorable trend of shitstorms on social media. Mind you, the term “social media” is a contradiction in itself. Social is definitely not what happens on the Internet a lot of the time.” 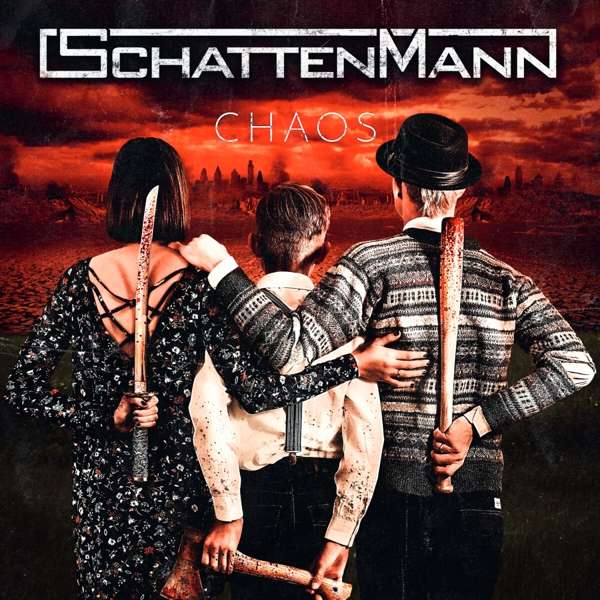